Africa, Senegal, Mbour, the second largest artisanal fishing port in West Africa,  the environmental fishing crisis is due to lack of management, poor sanitation and hygiene. Wastes which average 11.4 tons daily constitute a health hazard and environmental concern.  .A side effect of fish processing is environmental pollution and the population's lack of awareness. Taboos and food prohibitions in Joal have disastrous consequences on the nutritional state and health of the population including even the women fish processors..Senegal stopped renewing agreements allowing European and Chinese fishing vessels in its waters in 2006, but now an expanding artisanal fleet and local industrial boats practice exclusivity under Tax regulations are being blamed for malpractice and degrading the country's main economic and food resource. .This crisis is reported to be one of the main causes of hunger inside the country and clandestine emigration from Senegal's major fishing communities to Europe over the last two years with the death of hundreds of fishermen.The cancellation, in May 2012, of 29 fishing authorizations granted to foreign vessels by the new Senegalese government is beginning already to have beneficial effects. 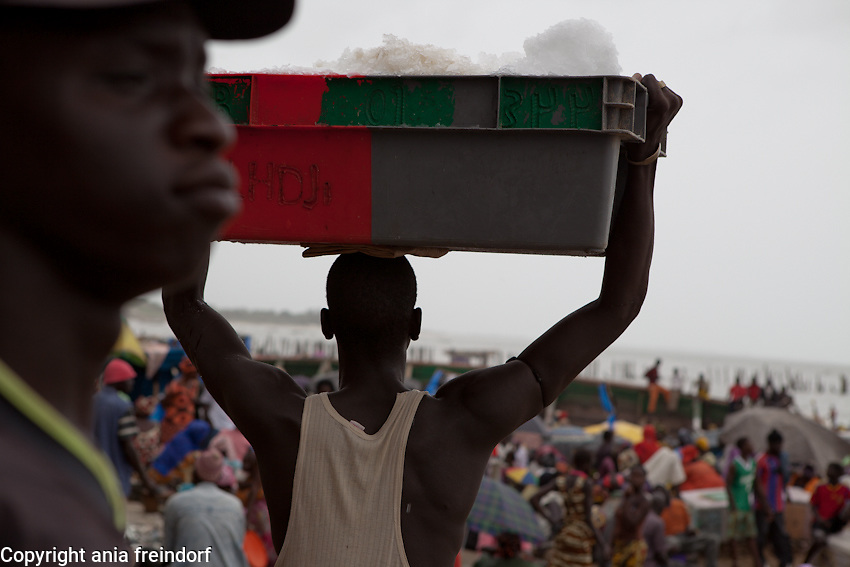